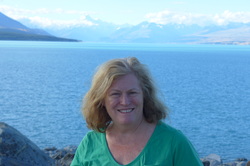 I have been drawing and painting from an early age and grew up surrounded by art as both parents were keen artists. The first medium I worked in was water colour which I used to paint birds and flowers selling my first artwork in my teens.
After painting in Acrylic and designing and teaching for many years I took a break from teaching to explore a new medium, pastel.
In 2004 I began this journey and it proved to be a turning point as there was an instant connection with this medium.
I was tutored at this time by Walter Magilton who encouraged me to exhibit in shows. This proved to be highly successful with a Best Pastel win in the first show entered- the Frankston High School Art Show. Numerous other awards have followed including
MEC Awards at the Pastel  Society of Victoria, (general,advanced and professional categories) ,
awards at AGRA seasonal and AALcompetitions (Signatory member 2013)
Best Painting at the AGRA Winter Exhibition 2013,
Best Landscape at Domain Gracedale Art Show 2010,
Best Pastel Selby All Saints Art Show 2011 and
Best Landscape(runner-up) at PSVA Annual Art Show (2011)
Best Seascape PSVA (2012) and Best in Show PSVA 2013 With "Lofty".
Highly Commended was awarded at the Warrandyte Rotary Art Show 2012 ,2013 and 2014
as well as a highly Commended at the Victorian Artists society in the Autumn show 2013. I received
2 Honorable Mentions in the Pastel 100 competition (Landscape/Interior) for 2013.
I was an Artist in Residence at  St Vincents Hospital in Melbourne in 2011-2012 .
In the Camberwell Rotary Exhibition 2014 I received the $500 Deans Art award for Pastel with David Chen being the judge.
I also received Best Landscape at the PSVA 2014 show and runner up best seascape in 2015.
A recent award was Best Pastel at the Mornington Rotary Art Show in 2016.
I love to paint landscapes and seascapes en plein air and other areas of interest are animal studies and portraiture.
My first solo exhibition "Unforgettable" 2011 was highly successful and is pictured in the image and this was followed by "Horizons" in late 2012 which was held at the St Vincents Hospital Gallery featuring seascapes. I have been selected to exhibit in the Art of Excellence Awards Exhibition at AGRA for the past four years .
Please contact me via email on the contact page if you are interested in tutoring or by telephone on 0419 323 923
I teach all subjects in pastel, watercolour and oil  at Ringwood for the Ringwood Art Society. These classes are held in the Maroondah Federation Estate in Ringwood on Mondays .
I am also available to provide demonstrations, workshops , critiquing and judging for art societies and groups and run regular workshops in ink and pastel in varied locations.